The German UAS engine manufacturer Sky Power presents for the first time a series of new engines in different performance classes to the public at the leading trade fair AUVSI Xponential 2019 in Chicago. The portfolio ranges from small single-cylinder engines based on carburettor technology to 2-cylinder engines with carburettor or injection system. 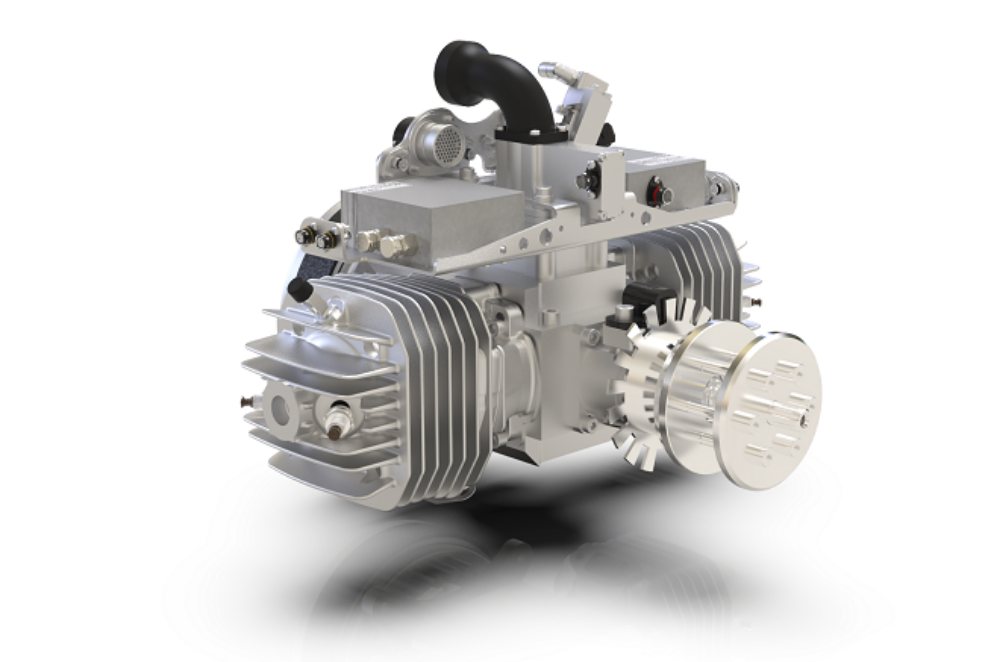 The individual engines are bundled in engine families. Consequently, engines of different design and for manifold fields of application are grouped in the various cubic centimeter classes. Only the SP-28 is available in just one version, as it is the smallest single-cylinder engine in the portfolio. This engine is equipped with a carburettor and has an improved cylinder design for better thermal stability. From the second half of the year the engine will be offered with the newly developed ignition system SP-IGU.

All other engines in the Sky Power portfolio are provided with two spark plugs.

“With the SP-28 this is not possible due to the small cylinder volume of 28 ccm” continued Schudt. Therefore, the next larger single-cylinder engine is provided with two spark plugs. The SP-55 series, with 55ccm, can be operated both with a carburettor as well as with an injection system. Both the carburettor and the injection system are positioned at the side of the crankcase and inject directly into it. As a result, a generator or starter generator can be positioned on the rear exposed drive shaft, which enables a very compact design of the engine. In addition, the engine is equipped with the HKZ215 ignition system and the ECU030.

“At the trade fair we will present the engine in a carburettor version. However, the engine is also available in other versions, with injection system and soon as a Heavy Fuel (HF) variant”, as Schudt described the new product philosophy. 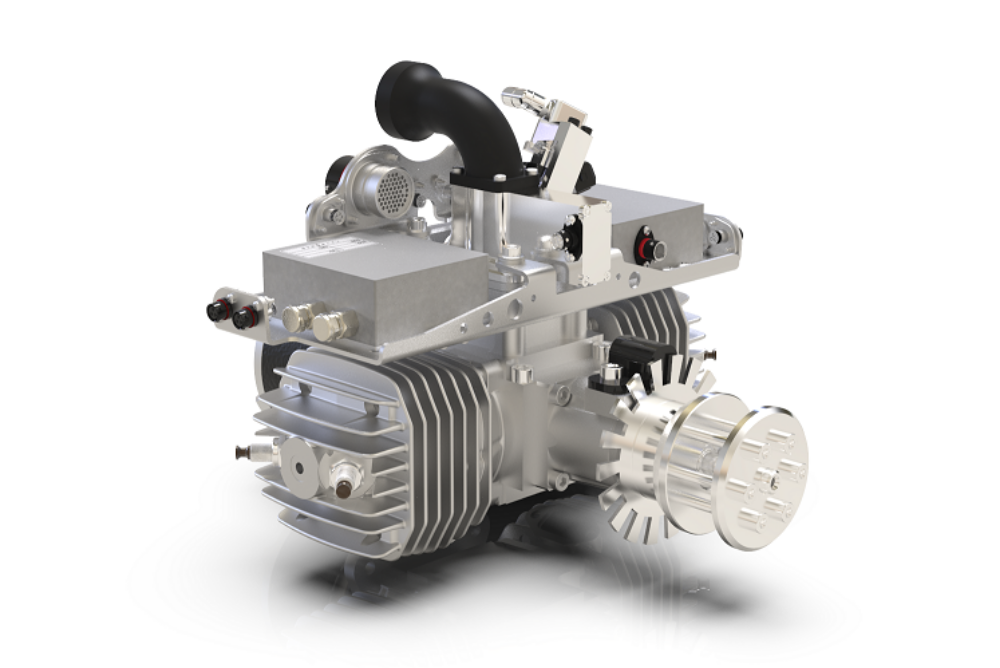 Within the engine families, this philosophy always includes the variants with carburettor and injection system. The HF-engines will be available in the near future. Three different versions based on one engine will be available to the customers. This also applies to the 2-cylinder engines with 110, 210, 170 and 275 ccm, which will also be presented at the fair. All engines can be provided with a generator or starter generator on the drive shaft and are equipped with the HKZ215 ignition system and the ECU030.

The entire engine portfolio can be used for hybrid operations.

“What kind of generator power and other subsystems are necessary depends on the customer’s application. Because of this we presented our Engine Kit last year, which gives the customer an overview of the different options. Ultimately almost every engine leaves our production in a different configuration, dependent on the customer’s needs”, stated Schudt.

Furthermore, all engines can be provided with a system carrier, on which the ignition electronics are mounted. As a result, the engine can be integrated with the most important subsystems in an aircraft to save space.

Sky Power will be attending the AUVSI XPONENTIAL 2019 – All Things Unmanned in Chicago, Booth # 1834, form April 29th through May 2nd.