Cape, a cloud platform for drone telepresence and data management, has announced the Federal Aviation Administration (FAA) has granted the first-ever Certificate of Authorization (COA) with a provision for Beyond Visual Line of Sight (BVLOS) for a public safety organization. Cape worked closely with the FAA, and in partnership with the Chula Vista Police Department and Skyfire Consulting, to finalize the COA, which will open the doors for future drone integration across industries.

The precedent-setting BVLOS provision is a major regulatory win for the entire U.S. drone industry. It will not only lay the groundwork for other public safety agencies, but also open the door for other industries to benefit from their successes. For these agencies, securing a COA that includes a BVLOS provision vastly increases the total allowed area that drones can cover, maximizing the impact of their drone programs. Highly-influential in securing the approval were capabilities and critical safeguards built into the Cape Aerial Telepresence platform, including the ability to teleoperate the drone, geofencing, Cape’s “Smart Return to Home” functionality and collision avoidance.

Since October 2018, Cape has powered the nation’s first Drone as a First Responder program in partnership with the Chula Vista Police Department, where drones are integrated into daily emergency response operations as part of the San Diego Unmanned Aircraft Systems (UAS) Integration Pilot Program (IPP). Since its launch, CVPD drones equipped with the Cape Aerial Telepresence platform have conducted more than 300 flights, accounting for more than 80 hours of flight time without incident or accident, and have contributed to more than 40 arrests. 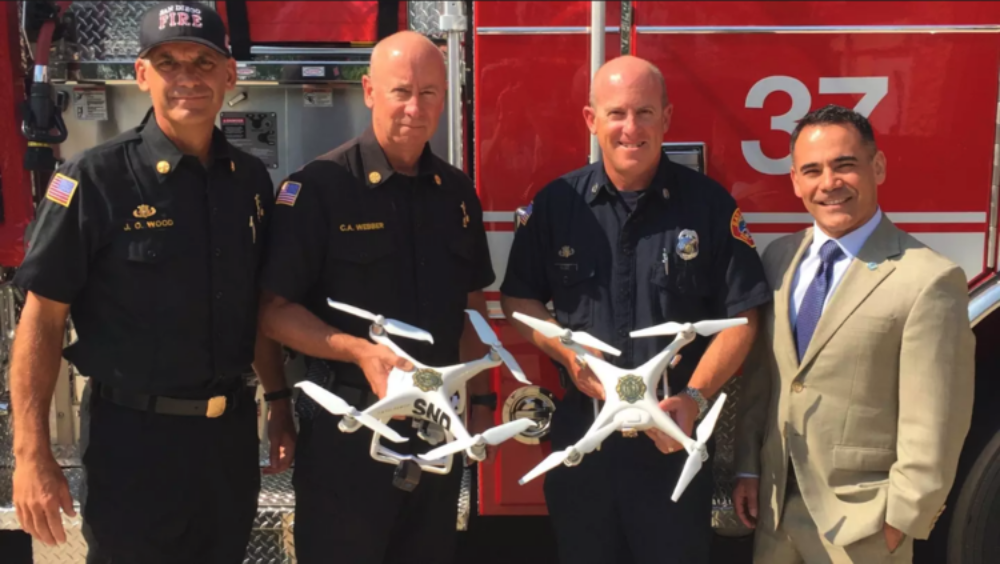 The new COA, which goes into effect March 15, 2019, will increase the total footprint of coverage for emergency response operations from a three to nearly 40-mile area. Compared to the current regulation, which prevents the drone from being flown beyond the Pilot-in-Command’s (PIC) line of sight, CVPD will now be able to operate drones up to three nautical miles from the PIC, or more than 10X the previous coverage area.

“Our team has worked diligently with the FAA to gain approval for this BVLOS provision which is a huge regulatory win and lays future groundwork for the safe expansion of commercial drone integration across industries in the U.S.,” said Chris Rittler, CEO of Cape. “This new COA will help unlock the full potential of the Drone as a First Responder model and is a big step forward for any agency looking to leverage drones to improve the safety of their officers and their community.”

Today, Cape-enabled drones are dispatched to high-priority calls from the CVPD headquarters. The drone’s onboard camera live streams HD video to the teleoperator in the command center, who can maneuver the drone and the camera remotely in real-time in order to gain the exact visibility needed. With the drone typically arriving on scene well before responding ground units, the command center can better identify and dispatch needed resources to the scene. Responding officers can also view the live stream en route to the scene on their mobile devices, giving them full visibility of the situation to which they are responding.

Cape’s partnership with CVPD is the latest example of its work helping companies across industries use drones as a tool for improving safety, increasing operational efficiency, and enabling innovation. Furthering its reputation as one of the leaders in the drone software space, Cape is one of the first and only companies in the U.S. to be awarded precedent-setting waivers under both Section 333 and Part 107 regulations, and has performed more than 100,000 flights in the U.S., Canada, Middle East, Mexico, and Australia.