A drone has been likened to a grasshopper because of its unique ability to leap into the air using its specially designed legs.

The cargo-carrying automated vehicle is equipped with legs that let it jump 6.5 feet (two metres) into the air, taking off almost vertically.

It is hoped the vehicles can cut the inefficiencies, and hence costs, of the final stage of delivery, in which packages are taken from a central hub to your door. 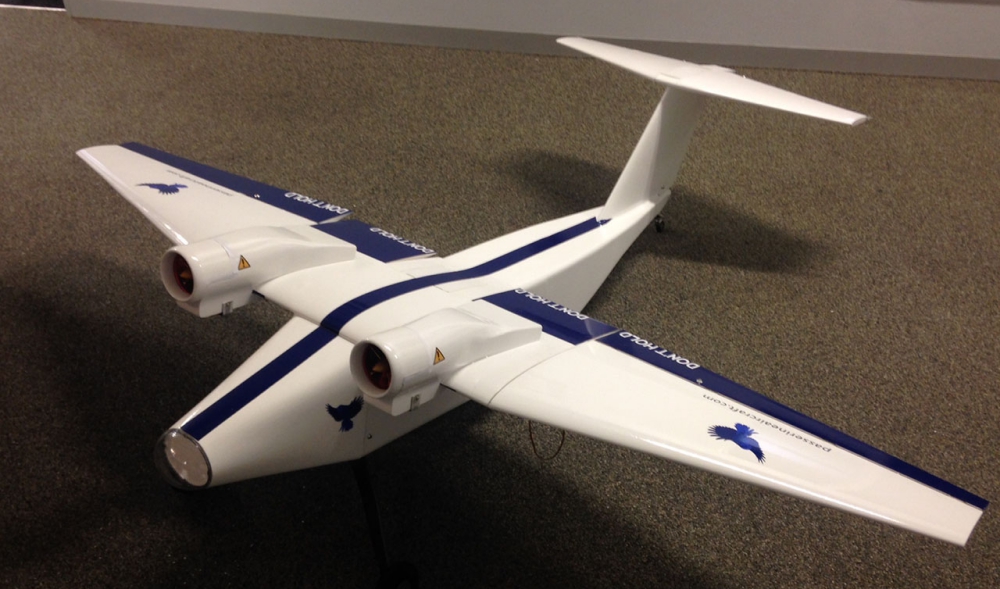 Sparrow was created by Johannesburg-based aircraft company Passerine Aircraft Corporation  who claim it can take off from from a static position ‘from virtually anywhere’.

The drone will be used for delivering cargo and monitoring agriculture, forestry, oil and gas infrastructure.

Sparrow has a wingspan of 6.5ft (two metres) and flies by autopilot although a manual override is possible should that fail.

Made from fibreglass and carbon fibre is electrically-powered and has enough power to fly for an hour. 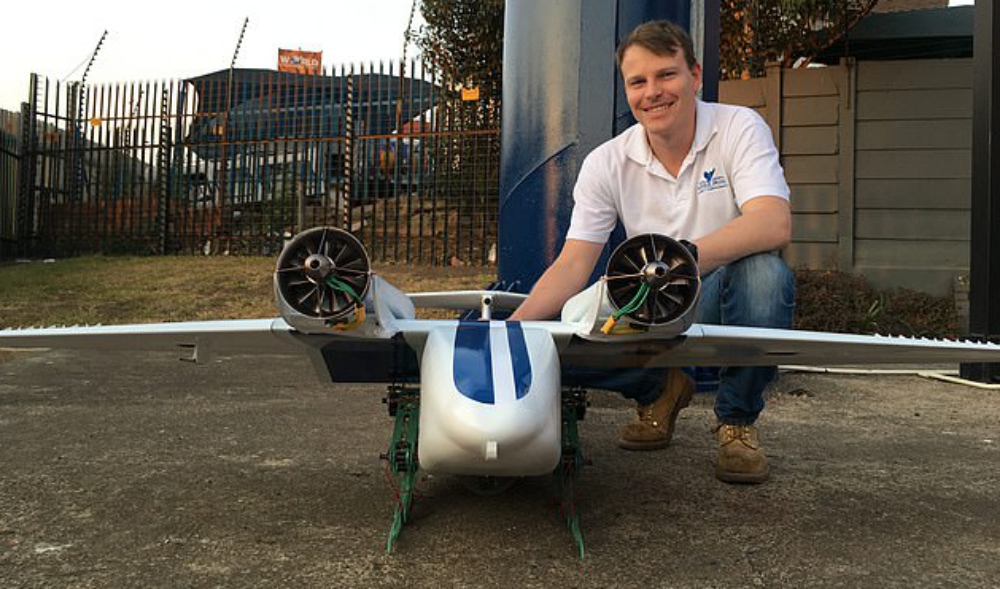 CEO of Passerine, Matthew Whalley, said its ability to jump allows the drone to accelerate past its minimum flight speed and begin flight in less than half a second.

‘We created the drone so we could make something really efficient which could operate anywhere. The jump is about achieving speed, not height. It can leap approximately two metres high, and eight metres forward.

The drone will be able to fly for one hour for approximately 100km (62 miles).It operates autonomously and can follow a predetermined flight path. It is possible to take manual control of the drone in case there is an issue with the autopilot.

The drone will be used for two main missions – delivery of cargo and monitoring agriculture, forestry, oil and gas infrastructure. The design took around one year from the initial idea to a complete prototype. The legs accelerate the drone up past its minimum flight speed allowing it to then fly like a normal aircraft. They also act as springs and shock absorbers for landing.

The basic price of the drone can vary substantially based on the sensors and payload installed.