Kratos Defense & Security Solutions, Inc. announced that it has acquired an 80.1% interest in Florida Turbine Technologies, Inc. and FTT Core, LLC (collectively “FTT”), a leading technology company and innovation leader in advanced turbine engines, for $60 million, consisting of $33 million in cash and $27 million in Kratos common stock.  Kratos has an option to acquire the remaining 19.9% of FTT at a future date.

FTT is strategically positioned to compete in the small-sized, affordable turbofan and turbojet marketspace as a market disruptor and technology leader.  Recognizing that Kratos and FTT share the same passion for developing and delivering innovative and cost-saving solutions to customers, this acquisition is expected to accelerate FTT’s small engine development programs, and facilitate integration of these leading-edge engine solutions with evolving Kratos tactical systems.

FTT, which is forecasting revenues and adjusted EBITDA of approximately $45 million and $4.5 million, respectively, for the 10 month period March 1 through December 31, 2019, will now be part of the Kratos Turbine Technologies (KTT) Division, which will be focused on the development and production of small, affordable, high-performance, jet engines for the next generation of tactical weapon systems and tactical jet unmanned aerial systems (UAS).  The KTT Division will be included in the Kratos Government Solutions (KGS) Segment. 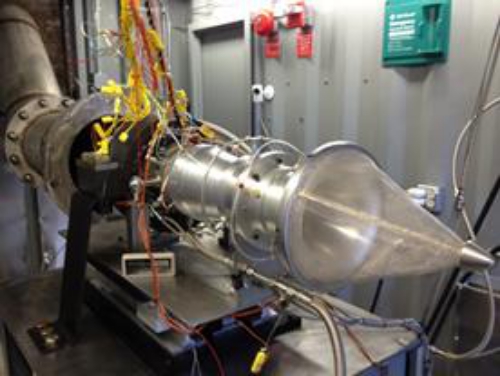 FTT, based in Jupiter, FL, with offices in Oklahoma, Puerto Rico, Canada, Germany, and the United Kingdom, was founded in 1998 by Shirley and Joseph Brostmeyer.  Shirley, a graduate of the University of Virginia, earned a B.S. in Mechanical Engineering before earning an M.S. in Mechanical Engineering from Rensselaer Polytechnic Institute. Her strong leadership and passion for engineering has been a driver in the development of FTT into an industry leader in the propulsion marketplace.  Joe, who has over 30 years of aerospace experience and has authored more than 20 patents, has been and will continue to be a driving force in the company’s culture of innovation.  Similar to Shirley, Joe holds a B.S. and an M.S. in Aeronautical Engineering from Rensselaer Polytechnic Institute.

What started as an engineering services firm has evolved into a highly-respected industry-leading turbomachinery design and manufacturing company specializing in engineering, development, and testing of gas turbines, propulsion components, and systems for military and commercial applications.  The Brostmeyers’ passion for technology development and transformational change was the foundation for the success and evolution of FTT and aligns directly with the Kratos mantra.  Both Joe and Shirley will remain directly involved with the company as a part of Kratos.

“The ‘leap frog’ opportunities that FTT technologies and products bring to the Kratos family and to our Unmanned Systems Division are transformational.  We pride ourselves on being a disruptive alternative in the unmanned systems arena; FTT in general, and specifically FTT engine systems integrated with our jet UAS, are expected to multiply our disruptive offering.  Kratos’ affordable high-performance unmanned jet aircraft systems have proven their performance and utility in a multitude of roles for the U.S. Military and around the globe.  Existing and evolving FTT engine systems offer thrust and specific fuel consumption performance improvements that have historically been ‘unobtanium’ in the low-cost jet engine market. These engine performance characteristics will enable our systems to affordably deliver in new airborne performance realms aligned with the defense industry needs for increased performance for contested environments, as well as increased endurance for longer on-station and mission times.  As we continue to improve our UAS and develop new UAS, the FTT engines will provide the right performance solution, enabling the capability enhancement plus retaining our system affordability theme.

With the technology foundation of the FTT engines, and a similar affordability threshold that the FTT owners/leadership have been committed to since their inception, we expect to realize increased performance, increased range/endurance, and corresponding increased survivability without increasing costs.

The scenario with FTT is much like it was when Kratos acquired CEi.  The technology foundation was in place at CEi, the initial products were in place, the opportunity to be transformational and apply the technology and products to a substantially larger opportunity base existed, but would have been a challenge for a small business.  Kratos has been able to transition CEi and take advantage of the opportunities; Kratos believes that FTT as a part of Kratos has the potential to follow a similar path of evolution and success.”

Kratos also announced today that it has appointed Stacey Rock as President of its new Kratos Turbine Technologies (KTT) Division.  Over Stacey’s 29 year career, he has served in a variety of technical and leadership roles most recently as Senior Vice President of the Weapons & Defense Solutions business unit within its Kratos Defense Rocket Support Services Division.  Stacey has been instrumental in Kratos’ hypersonic, high energy laser, and directed energy programs, and in the development of Kratos’ tethered drone systems.  Stacey is an aerodynamicist by training, and began his career as a research engineer supporting development and testing of transonic, supersonic, and hypersonic weapons systems.  He received a B.S. in Aerospace Engineering from Auburn University and an M.S. in Aerospace Engineering from North Carolina State University.

“Shirley and Joe Brostmeyer have built a world-class turbine engine company, and I am very excited to work with them under our newly established KTT Division.  Continuing their vision, our focus is on the development of small, affordable, highly-efficient, turbojet and turbofan engines that we believe will transform the engine market for jet powered tactical weapon systems and unmanned aerial systems.

The acquisition of FTT creates a powerful force combining the proven technology of FTT and the proven performance of Kratos as a mid-tier defense contractor and weapons systems developer.  Our strategy is to expedite the flight testing of our engines through collaboration with our KUSD group and our company-owned unmanned aircraft.  In addition, we plan to build on our existing relationships with the major weapons primes to position our aircraft and engines for future tactical systems.  Specifically, the acquisition of a propulsion developer/supplier enables us to compete for and participate in both new and upgraded weapons programs as an integral supplier of the airframe and propulsion systems.”

“The projected market for advanced turbojet and turbofan engines in our class alone is easily in the many thousands over the next five years given the projected number of extended-range and low-cost cruise missile systems and next generation unmanned weapons systems to be acquired.  Beyond traditional turbojet and turbofan engines, we are also focused on developing advanced, affordable engines for hypersonic systems that will demonstrate a new class of hypersonic propulsion system.

Through the acquisition of FTT, we have gained a tremendous capability to provide not only engines but also complete weapons systems.  We are very excited about the intrinsic value that FTT brings to our company and, when combined with our other business units, anticipate that our strategic market positions for many current and future systems will increase substantially.”