Mosquitoes are one of this planet’s biggest killers, responsible for spreading diseases that affect millions of people around the world. The control of this disease vectors takes on many forms, from fumigation and insecticides to more innovative and environmentally-friendly techniques that involve releasing sterilized or modified mosquitoes into the environment in order to control the native population and the spread of disease.

Over the past year and a half, WeRobotics and our partner the Insect Pest Control Laboratory (IPCL) of the Joint FAO/IAEA Division of Nuclear Techniques in Food and Agriculture (NAFA), have been working on a specialised drone-based aerial release mechanism for mosquitoes. After a year of extensive design, prototyping and lab testing at IPCL’s mosquito laboratories (read about the process in our previous blog post and why aerial release is important in this post), we were ready to put our system through a barrage of outdoor trials in a community affected by mosquito-borne disease in central Brazil.

In March 2018 we took our system to Juazeiro, Brazil, and set up shop with our local partner Moscamed Brazil. Together with local staff, we reared over 700,000 mosquitoes which were then separated by sex, sterilized, marked, cooled and packaged for aerial release.

Left: cages of 2,500 adult mosquitoes, ready for release. Right: separating mosquitoes into male (to be released) and female groups.

The goal of our field trials was to measure dispersal and homogeneity of mosquitoes released from the drone at different altitudes and release patterns. After a community awareness raising campaign, mosquito traps were laid throughout the community of Carnaíba do Sertão. A series of 9 flights and 2 ground releases (for control) were performed, releasing 284,000 sterile male mosquitoes over the area.

Initial results are very promising, with the traps capturing many marked mosquitoes during the days following the aerial releases. Detailed statistical analysis will take a few more weeks to run, so expect another update on the project soon! In the meantime, for a more detailed read on our project we’re happy to share a complete report on our design and field experiments.

This work was funded by USAID as part of the Combating Zika and Future Threats Grand Challenge. 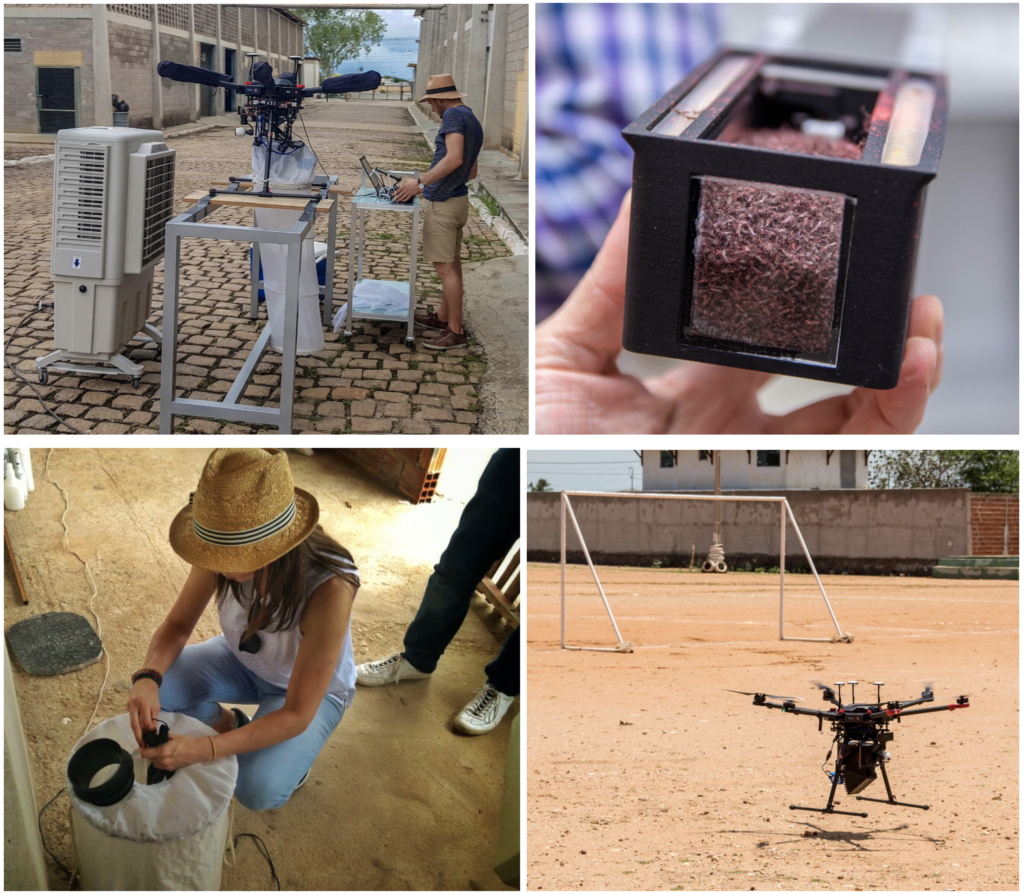 Clockwise, from top-left: performing ground-based mortality tests prior to aerial release. A canister with 50,000 mosquitoes, marked with a pink die. The drone-based release mechanism taking off for a mosquito dispersion flight. Removing captured mosquitoes from a trap located in a community member’s home.

We’d like to extend a special thanks to our local partner Moscamed Brazil. Their vast experience in insect rearing and sterilization, modern laboratory facilities, relationship with the local community and dedication to implementing vector control programs was instrumental in the success of our trials. We’d also like to thank vector control representatives from around South and Central America that attended a concurrent IAEA regional training course on “Mark, Release and Recapture (MRR) Principles and Practices” during our field trials and helped set traps and collect data. 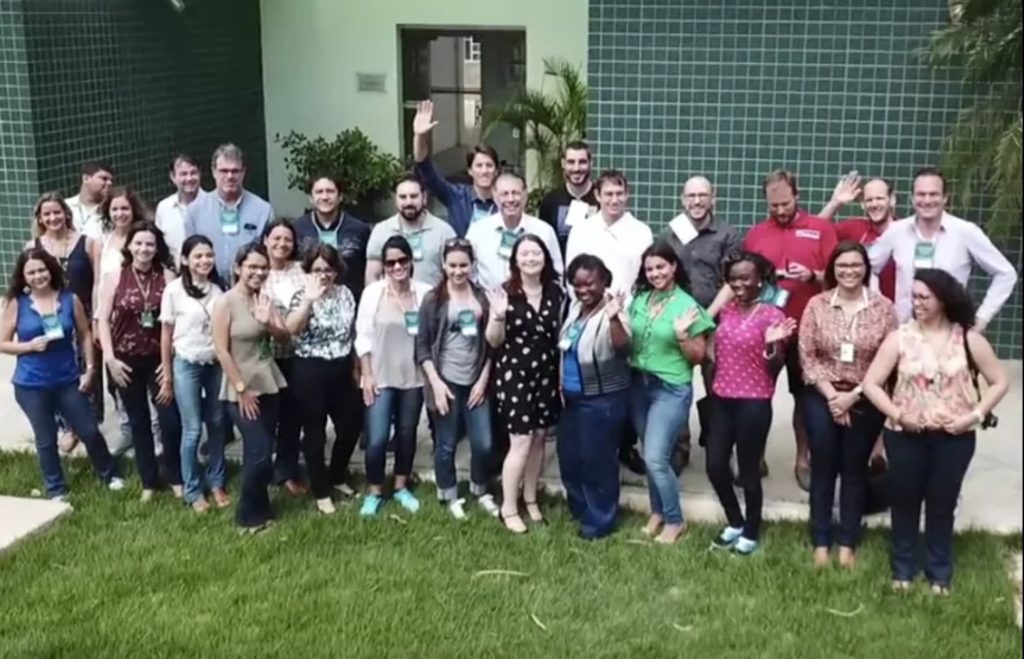 The WeRobotics, IPCL, Moscamed, and regional partners that all took part in our aerial mosquito release trials

A full report of the operation is available here.