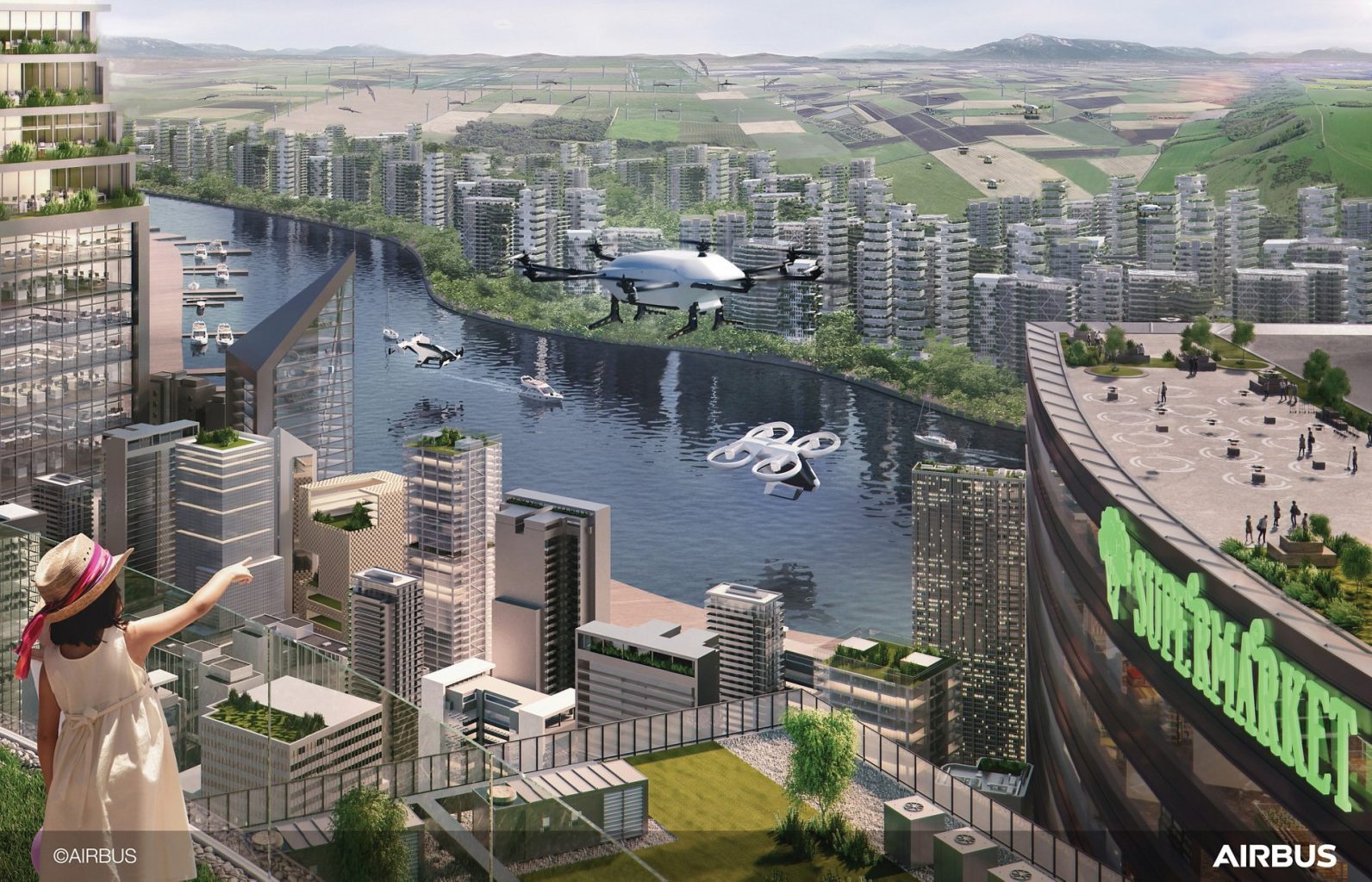 Are people ready to see their sky filled with aircraft, drones and other aerial vehicles? The answer is increasingly yes, according to a recent preliminary study on public acceptance for Urban Air Mobility.

Look up at the sky and you are bound to see a commercial aircraft or two disappearing behind the clouds. Perhaps a helicopter is surveying traffic above your city’s tallest skyscrapers. Maybe a drone is filming landscapes in your neighbourhood.

A century ago, nobody ever would have imagined so many aircraft in the sky at any given moment. But today, our skies are busier than ever: current air traffic has quadrupled in the last 30 years and is set to double in the next 15.* And change is on the horizon again. Recent developments—in battery capacity, autonomy and on-board technology—are making new kinds of aerial vehicles possible. These vehicles can fly higher—and lower—than ever before and offer new possibilities, from parcel-delivery drones to an air taxi service. This is the sky of the future, powered by Urban Air Mobility (UAM) solutions.

Our aim is to bring the public’s voice to the table to create an ecosystem that better prepares cities and city dwellers for autonomous and electric aerial vehicles in a way that takes into account their desires, hopes and fears.

Unmanned Traffic Management: a new frontier for the future sky

But how ready are people to see their sky filled with even more aerial vehicles—of various shapes and sizes—zipping around above their heads?

According to the study, nearly one in two people surveyed are in favour of UAM deployment. In fact, 44% indicate they support, or strongly support, the initiative.

The findings also reveal that 41% of participants perceive these aerial vehicles to be safe or very safe. Moreover, safety (55%) ranks as participants’ leading concern for UAM implementation in their communities, followed by sound types (49%) and sound volume (48%) generated by the aerial vehicle.

The study also analysed perceptions by demographics, such as the age groups and geographic areas that are most likely to be accepting of UAM in the future. Specifically, participants living in Mexico City (67%) and Los Angeles (46%) indicated they are likely or very likely to use UAM. Furthermore, the 25-34 age group had the most positive initial reaction (55% positive), compared to the 75-84 age group (15% positive).

“Our aim is to bring the public’s voice to the table to create an ecosystem that better prepares cities and city dwellers for autonomous and electric aerial vehicles in a way that takes into account their desires, hopes and fears,” Airbus UTM Head of Deployment Jessie Mooberry said.

To produce the study, the Airbus UTM team rigorously reviewed academic literature and conducted expert interviews with city officials, aircraft manufacturers, academics and policymakers. For future studies, Airbus UTM will continue to work with communities around the world to study this new technology’s potential.