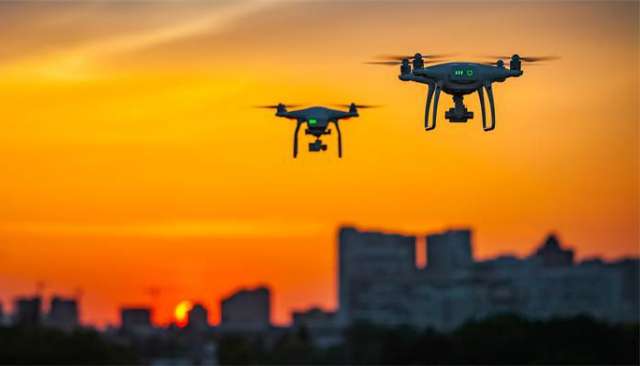 Regulation governing the operation of drones in Israel is getting underway. The Israel Civil Aviation Authority (ICAA) recently published for public comment new draft regulations designed to bring order into drone operations, with an emphasis on safety.

Some of the regulations will be difficult to enforce, for example, limiting the level of alcohol in the bloodstream of a drone operator.

The new regulations include registration proceedings according to which every drone weighing over 250 grams (maximum weight: 25 kilograms) must be registered in a special system in the ICAA, together with the drone owner’s particulars. Registration can be done online. In order to register, the drone’s owners and operators will have to pass a written test. The test, which can also be taken online, requires the owners and operators to demonstrate knowledge and familiarity with the regulations, such as sites on which drones must not be flown, the maximum height at which a drone is allowed to fly, permitted hours for flying drones, etc.

Under the new regulations, the minimum age of registering ownership of a drone is 16, although a 12 year-old child is allowed to operate the drone under supervision of an adult. Registration of a drone requires payment of a NIS 30 fee. Drones must carry identification, including the type of drone and its owner’s particulars.

The regulations distributed for public comment state that registration will be for three years, corresponding to the average lifespan of a drone. Drone operators are barred from drinking alcohol for eight hours before operating a drone.

The new regulations distributed to the public include general rules requiring drone operators to verify that all of the drone’s systems are in good repair, thereby ensuring safe operation until the drone lands on the ground. The drone operator must not fly the drone less than 250 meters from infrastructure, such as roads, buildings, a neighborhood, or a place containing people. In any case, operating drones above people is forbidden, and no drone can be flowed higher than 50 meters.

ICAA sources said that there were over 20,000 drones in Israel, mostly for sports and leisure purposes, whose owners have no authorization or suitable training. This estimate is based on import records for drones from previous years.

“The earlier regulations applied in similar cases date back to the 1980s. They were designed for radar-operated model airplanes, but the sector has changed completely in recent years,” an ICAA source told “Globes.” “In most cases, the drones in the market are Chinese-made. If one of them has engine failure, the drone crashes on the ground like a sack of potatoes, because these aircraft have no gliding capability, and that constitutes a public hazard.”

The explanations accompanying the proposed regulations state, “The free access of each person to small unmanned aerial vehicles, due to the low price, the availability in every store, the absence of any need for special operational infrastructure, and the ease of operation, highlights the inadequacy of the existing regulations for personal registration of the operators.”

The proposed regulations subject operators to sanctions and heavy fines, which have yet to be determined. Sources involved in formulating the regulations says that the fines will be in the thousands of shekels in order to deter the drone operators from operating them in municipal areas, above roads, or near airports and sensitive strategic facilities. “The idea is that the fines will be large and significant, so that breaching the regulations will not be worthwhile,” an ICAA source says.

“An infinite number of regulators”

While the ICAA is promoting new regulation for drones and small UAVs, civilian companies involved in these areas are trying to unite in an attempt to improve the regulatory environment in which they operate.

The processes of founding the new association are currently taking place. Adv. Yuval Sasson, who is assisting the founders, said,

“The number of regulators in matters pertaining to UAVs is infinite. There are two conflicting trends concerning the regulators’ activity, at the height of a global revolution in this matter, such as outdated regulation that does not correspond to reality. In other situations, there is under-regulation, which requires supervision and order.”

Commenting on the new rules formulated by the ICAA, Sasson told “Globes,”

“These regulations are no less than an earthquake in the UAV sector, and those involved have been given only a month to respond for the sake of a very quick regulation. I very much hope that the motive for this haste is not a desire to respond to the State Comptroller’s follow-up reports.”

“I believe that the founding of the new association, which will deal in these matters, will make possible a fruitful dialogue between the players in the market and the regulator. I am confident that after we express our full opinion on these issues, the regulations will change.”