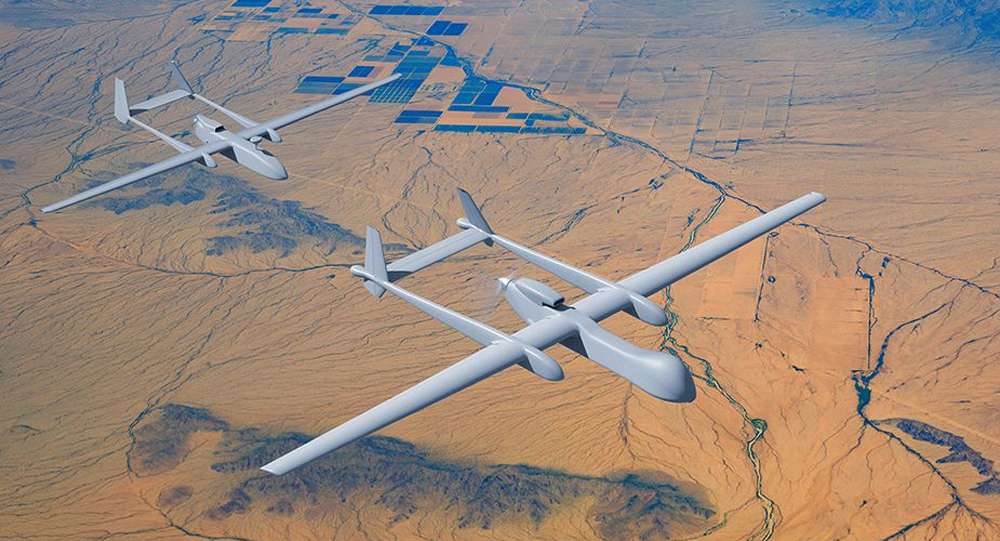 German air force personnel have begun training on their new Heron TP unmanned aerial vehicles at Tel Nof airbase in Israel, ahead of the planned delivery of the first example by the end of 2019. A contract for the delivery of the TP—developed by Israel Aerospace Systems—to replace Germany’s Heron 1 variants was signed in June 2018, and now the first crews to train on the type have traveled to Israel for eight weeks of training.

This is being conducted alongside the Israeli air force, which is the most seasoned operator of the TP, and will prepare the Germans for peacekeeping operations in Afghanistan and Mali, the German government says. “The cooperation is not only very special for us…we—the German air force and the Israeli air force—will learn a lot from each other,” a major in the Luftwaffe was quoted as saying. “The Israeli air force has a lot of experience with the system and we can only benefit from that.” Two training courses are planned for now, the one that has just started and another in 2020, and two more courses are expected to begin in 2021 and 2022.

Heron TP was selected over the General Atomics Aeronautical Systems MQ-9 Reaper for the Heron 1 replacement in January 2017, although a protest from the American manufacturer that was ultimately overturned delayed the contract award. One of the most significant upgrades available to Germany through its selection of the TP is the option to arm it.

While seemingly no decisions have been made on whether Berlin will opt to add an offensive capability, the Luftwaffe refers to the TP as offering a “noticeable improvement” in how the air force can use the UAV. “With much better reconnaissance technology compared to the previously used Heron 1, an altitude of over 12,000 meters [39,370 feet] and a doubling of deployment time in the target area, the Heron TP strengthens the reconnaissance opportunities of the Luftwaffe significantly,” the air force says. “It will allow far-reaching operational and tactical deployment opportunities, greatly improving the protection of German soldiers in action.”

Germany operates its medium-altitude, long-endurance (MALE) UAVs on a service provision basis, with the expectation that they will be easily replaced with a European design when it comes to fruition in the 2020s, namely the EuroMALE development that is ongoing among Germany, France, and Italy. Airbus Defence & Space acts as the prime on the Heron contracts with Germany in accordance with government requirements for a domestic lead, and the company is also leading the German participation in EuroMALE, alongside France’s Dassault and Italy’s Leonardo.