US, UK Partner in Swarm and Search AI Challenge 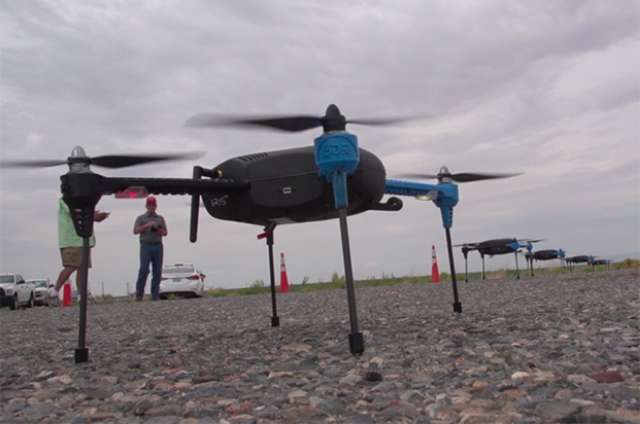 The US Air Force Research Laboratory, Wright Brothers Institute, and University of Dayton Research Institute will release the first scenario for its “Swarm and Search AI Challenge” this week, though teams officially have until Feb. 12 to register.

The challenge, which will occur concurrently with a similar challenge being conducted in the United Kingdom, was designed to figure out how to plan and control simulated swarms of small unmanned aerial vehicles as they map a wildfire. All the teams will use the same UAV design and sensor set, which is based on an AFRL platform, as well as artificial intelligence technology to come up with the most effective way to accomplish the mission. The United Kingdom Forestry Service will post videos for all the teams to view outlining the scope of the problem, Mick Hitchcock, senior technology advisor for AFRL small business, told Air Force Magazine.

The events will be conducted simultaneously, though separately, in the US and UK. Hitchcock said he hopes to have 15-20 teams participating in the United States.

“The challenge is focused on a humanitarian mission, but in reality, the learning applies very well to [United Kingdom Defense Science and Technology Laboratory] DSTL, and AFRL, and Air Force interests,” Hitchcock said.

The idea for an international hackathon came about last Spring when representatives from DSTL—a research laboratory for all UK military services—came to Ohio to visit the Wright Brothers Institute, which also is managed by Hitchcock. At the time, wildfires were ravaging California, and a wildfire had just caused significant damage to homes and property in the UK. The humanitarian-based challenge also enabled both the US and UK teams to reach out to nontraditional small businesses and universities “who may not want to play on a military mission,” said Hitchcock.

The first scenario is a basic test to get the teams familiar with the software. The scenarios will get progressively more difficult as the challenges goes on, culminating in a “final showdown” March 29-31.

Hitchcock said the United Kingdom is “doing a lot of work in this arena,” noting the US has. “already learned a lot from the interaction.”

“Swarming UAS is rich with innovation and we are looking to solve perceived problems and invent new ways of controlling swarms of drones,” said Timothy Wright, DSTL’s Aerospace Systems Group Leader, in a USAF release. “There are also a number of science and technology challenges already commissioned in this area that link closely with the proposed outputs from this challenge.”