Artificial intelligence, an unmanned aerial vehicle (UAV) and high-resolution cameras have been successfully used to automatically detect and map an aggressive weed, in an effort to stop it spreading through Queensland’s coastal dunes.

The trial project was a collaboration between the Department of Agriculture and Fisheries, Aspect UAV Imaging and QUT researchers and was focused on the invasive bitou bush – an introduced species that is growing out of control in New South Wales.

Biosecurity Queensland Invasive Plants and Animals Officer, Stacy Harris, said the technology had the potential to provide a more cost effective and reliable system for detecting bitou bush and other introduced plant species in coastal areas. 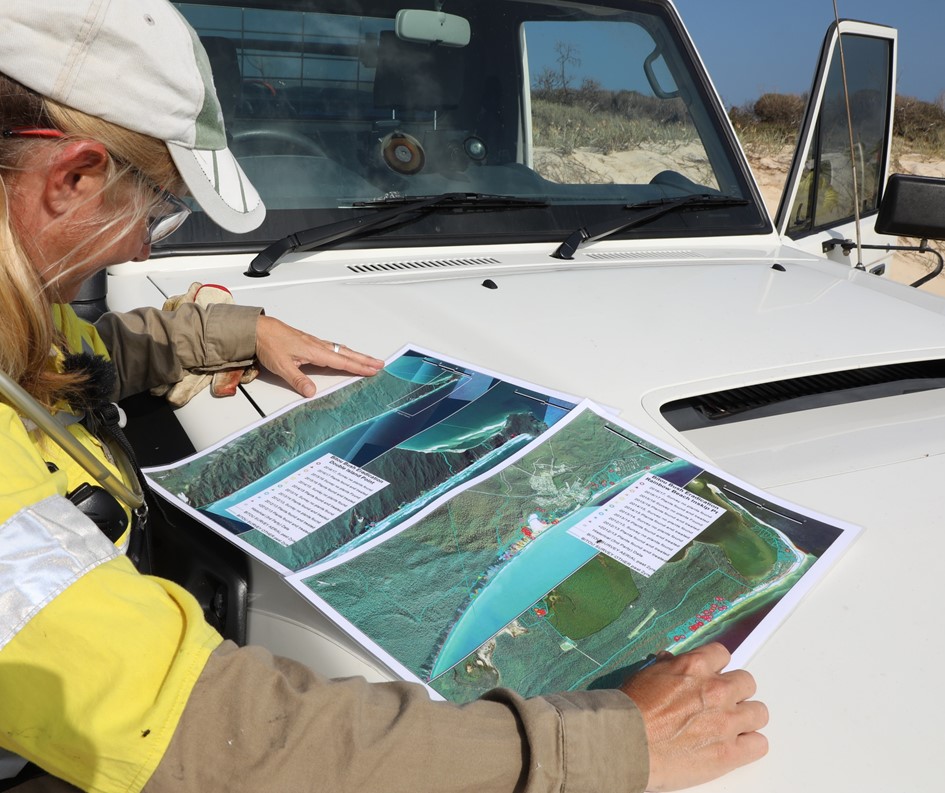 “Invasive weeds have a negative impact on the environment, as they outcompete and, in some cases, even eliminate, native flora and destroy wildlife habitats,” Ms Harris said.

“Until now, surveys for bitou bush have been undertaken using specialised personnel on foot and in manned aircraft, which can be extremely challenging and costly. There are also areas that cannot be easily surveyed, due to the difficult terrain and density of vegetation.

“Drone and machine learning technology such as this is a big step forward, as it allows for a more accurate process of detecting the weed, and a more efficient eradication program, so we can help stop its spread.” 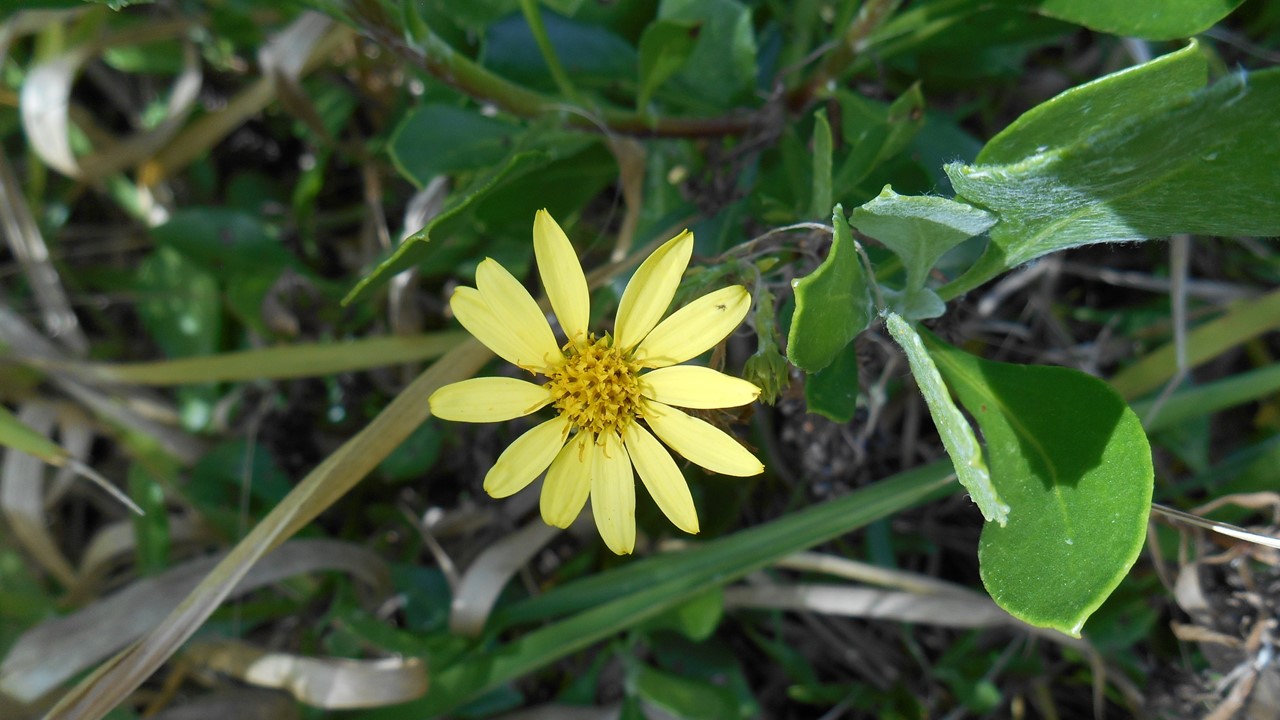 Bitou bush is a Weed of National Significance. Credit: Department of Agriculture and Fisheries 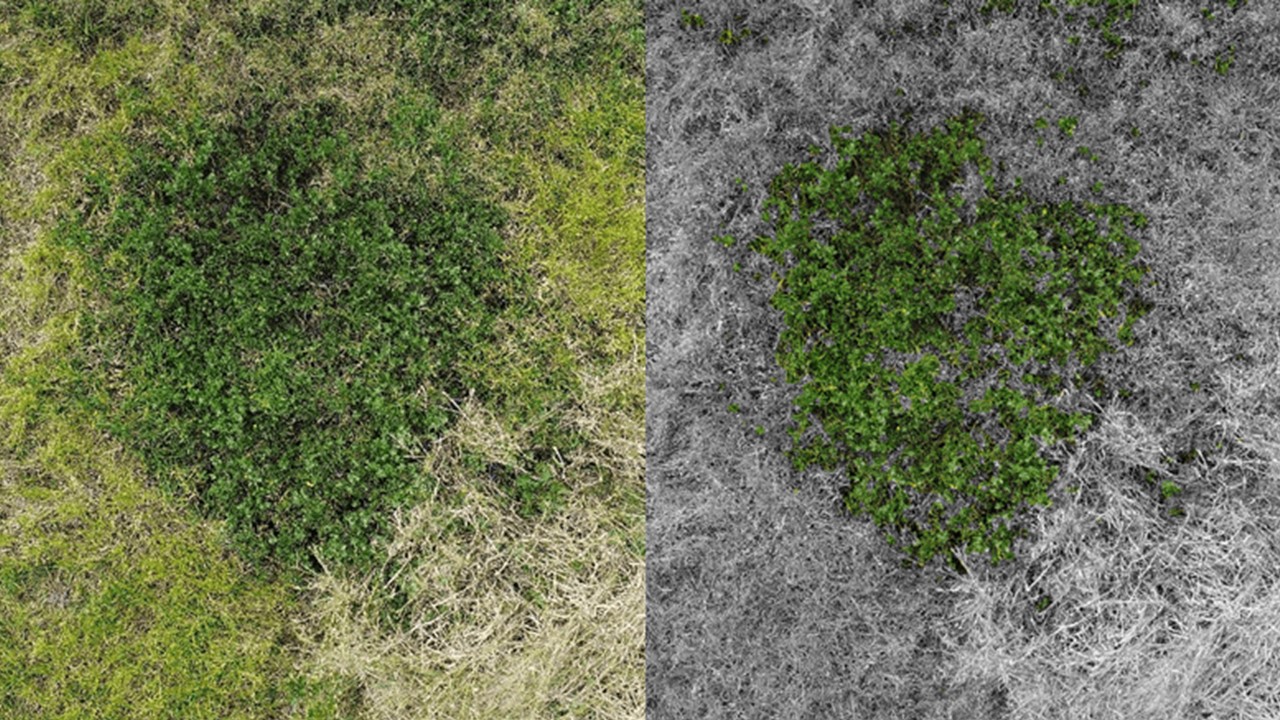 A classification algorithm was used to automatically recognise and distinguish bitou bush from other vegetation and unrelated background objects. Credit: QUT and Aspect UAV Imaging

The trial builds on work undertaken by Associate Professor Felipe Gonzalez from QUT’s Science and Engineering Faculty, in the area of unmanned aerial vehicle (UAV) autonomy, computer vision and UAV based remote sensing.

“This research in particular demonstrates the potential capabilities of unmanned aerial vehicles, when they are paired with artificial intelligence and software tools, to efficiently monitor exotic weeds with an increasingly affordable and flexible approach,” Professor Gonzalez said.

“The automated analysis of the images gives a faster and more reliable method of detection as well as tangible and immediate benefits, including, in this case, a precise and exact report of the weed via a GPS database, full coverage of the studied area in challenging terrain, and reduced times while gathering reports of the weed’s distribution,” he said. 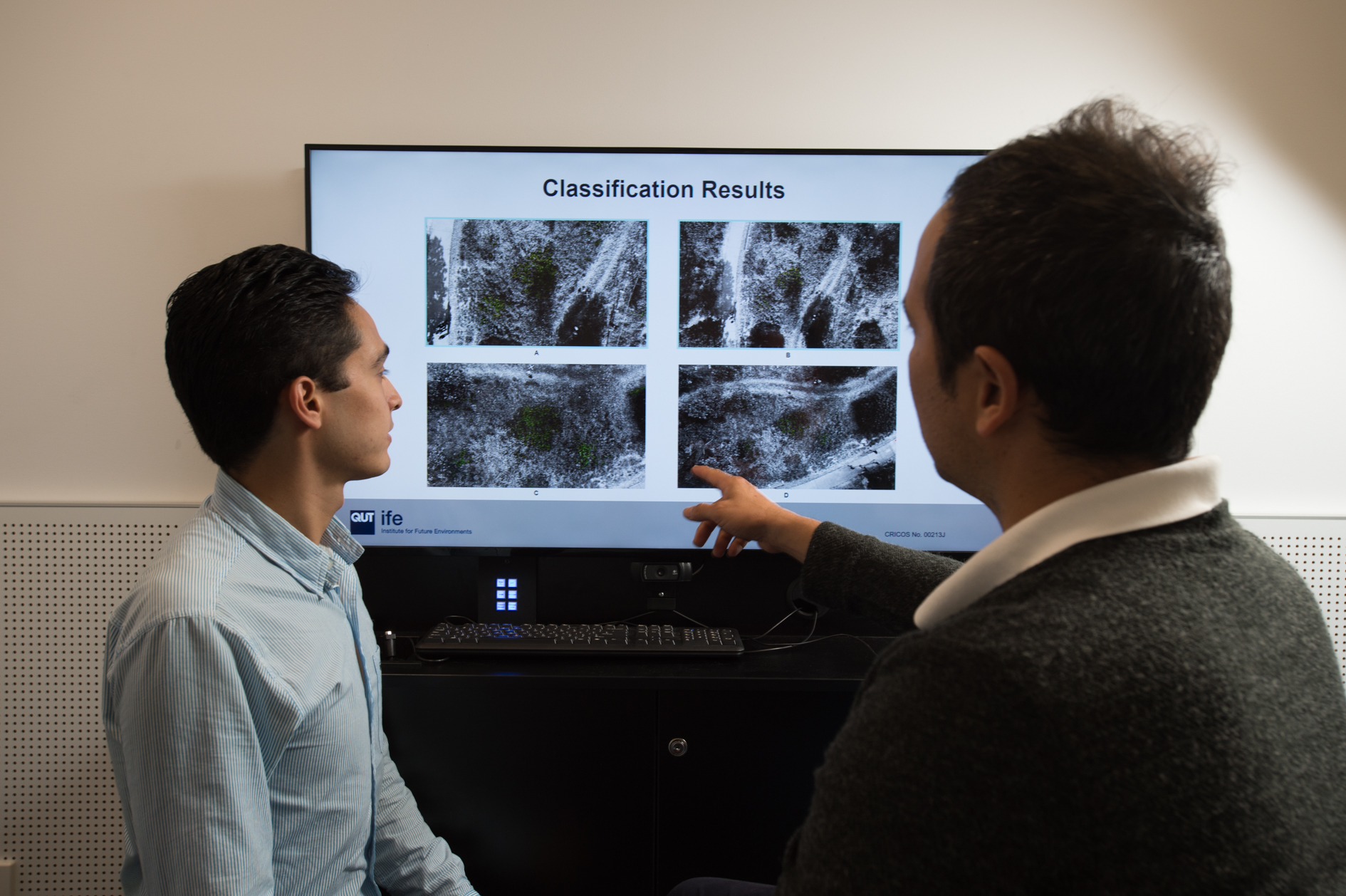 The project team is now working to refine the system and surveillance protocols to make the technology functional in varied conditions and topography, and accessible for further applications.

“This is of great value for biosecurity, as the data can be accessed to monitor and control weeds of significance – and to quickly respond to outbreaks – to protect the Australian environment.”

Peter Trotter from Aspect UAV Imaging said the sky was the limit for potential uses of drone technology in plant biosecurity.

“By taking pictures from above, you obtain a very complete set of images covering the whole area that is being investigated,” Mr Trotter said.

“Those images can then be retained for future use and analysis, including monitoring changes that occur over time.”