Kreisverband Limburg e.V., a unit of the German Red Cross, has just begun using UgCS software for its search and rescue operations. The software takes into account the focus field of the drone’s camera, and adjusts the flight trajectory so that the chosen territory is covered completely in the shortest time possible.

Another key advantage of UgCS is that the software allows the drone to fly at a constant height from the ground — this is called terrain following mode — even over high mountainous areas.

“We have a very hilly landscape here, and other products were not capable of following the terrain”,

says Kai Brunner, Team Lead of the search and rescue operations of German Red Cross Kreisverband Limburg. He explains that the main benefits of automated search and rescue missions are that they are considerably faster than human-led ones and allow for searches to expand to territories that are too dangerous for volunteers.

“We have 300 volunteers, a rescue dog squadron, and just recently we added to all of that several drones. When an immediate response is needed, drones equipped with a camera and powerful software can make all the difference in the world.” 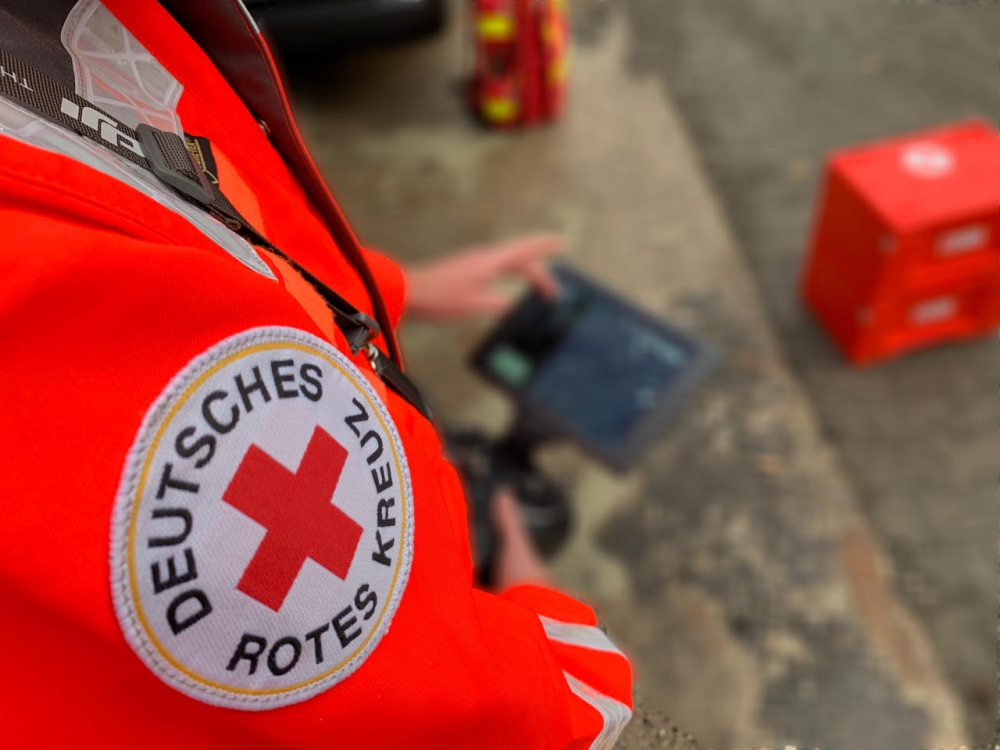 UgCS developers have also thought about situations where no internet coverage is available — either because the searchable area is very remote or because communications have been damaged as a result of the disaster. UgCS desktop-based software with an offline map caching capability offers full-fledged mission planning and flying without an internet connection. Maps can be cached earlier and updated with orthophoto maps during the mission as the disasters often transform the landscape itself. Search and rescue missions can then be based on the actual, updated maps to provide greater accuracy.

The flight algorithms — the “expanding square” and “creeping line” — were created by UgCS in cooperation with Airborne Response, the American public safety and disaster response experts. These customizable search patterns allow for fast and exhaustive coverage of the chosen area that is especially useful in emergency situations, after natural disasters and in searching for missing people.