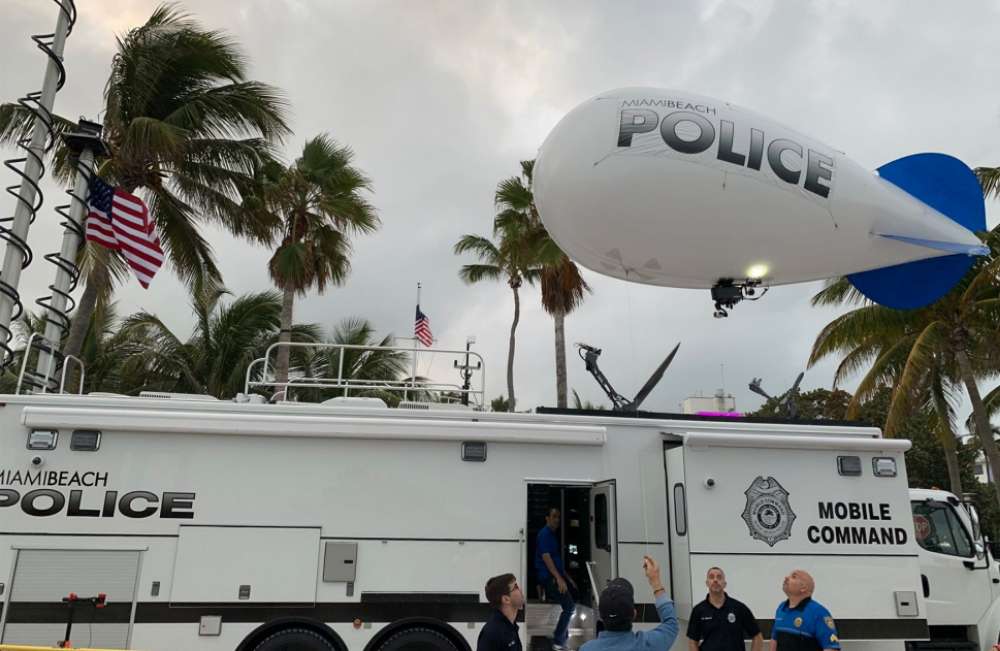 Essentially a camera-equipped balloon at the end of a leash, the aerostat was purchased by MBPD this winter to assist in monitoring the safety of large crowd events in Miami Beach and did so when it surveilled the 15,000 attendees at the Capital One Beach Bash on Dec. 28.

In a letter sent to the city’s commission, City Manager Jimmy Morales admitted that MBPD acquired the tethered aerostat as a calculated workaround to the Freedom from Unwanted Surveillance Act, which restricts police use of drones.

“Due to the legal restrictions placed on police departments under Florida law and because of limited battery life and flight time, Unmanned Aerial Systems is not a current option for the Miami Beach Police Department to monitor crowds from the air at large gatherings and major events,” Morales wrote. “As crowds at major events here in the city have increased in size over the years, and given the emergence of new threats of terrorism seen around the world at such large gatherings, the department sought to acquire a new technological solution for aerial monitoring.”

Morales said that the tethered aerostat “provided an ideal vantage point in an unobtrusive manner, with a sleek, yet friendly look.”