Participants of the six-day drone racing camp held on the Sunshine Coast.

Two teenagers from Queensland’s Sunshine Coast have started what is believed to be an Australian first — drone racing camps.

Eamon Kriz and Connor Middleton, both 17, were tired of having so few people from their region to play with in one the world’s fastest growing sports.

He is no stranger to drones as he is a Civil Aviation Safety Authority (CASA)-licensed Remotely Piloted Aircraft Pilot and has been operating his own aerial cinematography business since 2017.

“Connor and I were trying to find other people to set up a course and set up the first FPV [first-person view] club on the Coast. We couldn’t find any interest, so instead we have set up this series of workshops where we teach people how to build, configure, and fly racing drones. Hopefully then we will get enough pilots so we can have our own club.”

They approached Noosa Council and some local businesses and secured sponsorship and prizes and held their first drone racing camp in December with 20 students registered.

It was so successful the next camp is scheduled to start on January 16 and finishes just in time for the pair to get back to school.

“The best thing about it is playing around with mates, but it is such a new thing, not many people know about it.” 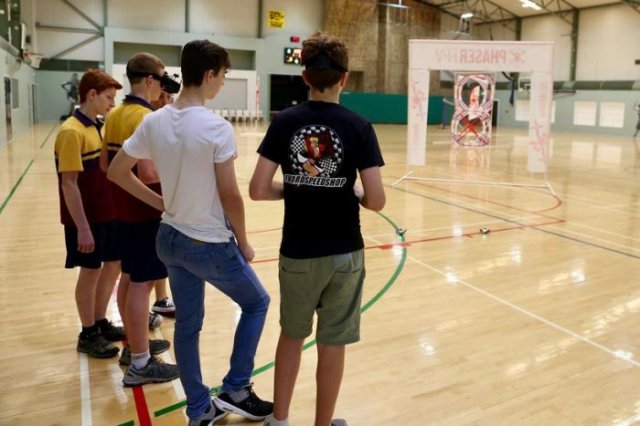 Drone racing was also not subject to the same CASA restrictions as normal photographic drones.

He said he was aware of about 2,500 drone racing competitors Australia-wide with 14 clubs, but he was not aware of any drone racing camps, particularly ones that lasted for six days.

He welcomed the news someone had started drone racing camps, particularly if it was aimed at other teenagers.

“We are seeing more initiatives towards the education of drones and drone racing and that’s great,” he said.