This has certainly been the year of the drone for Samsung who has been granted four design patents (01, 02 and 03)  and yesterday the U.S. Patent and Trademark Office published Samsung’s first utility patent that begins to detail a drone with cameras and multiple sensors. Five patents in a single year is certainly a sign that Samsung is taking this project very seriously.

To date Apple has a single patent published in 2016 that could apply to a future drone.

Drones, or unmanned aerial vehicles, could use 3D depth cameras and a heavy dose of AI/Machine Learning. So it’s understandable that tech companies like Samsung and Apple could be interested in developing a drone accessory device for their respective smartphones and tablets. For the time being, it’s Samsung who is making greater strides and pushing their IP through the U.S. Patent Office to protect their future product(s). 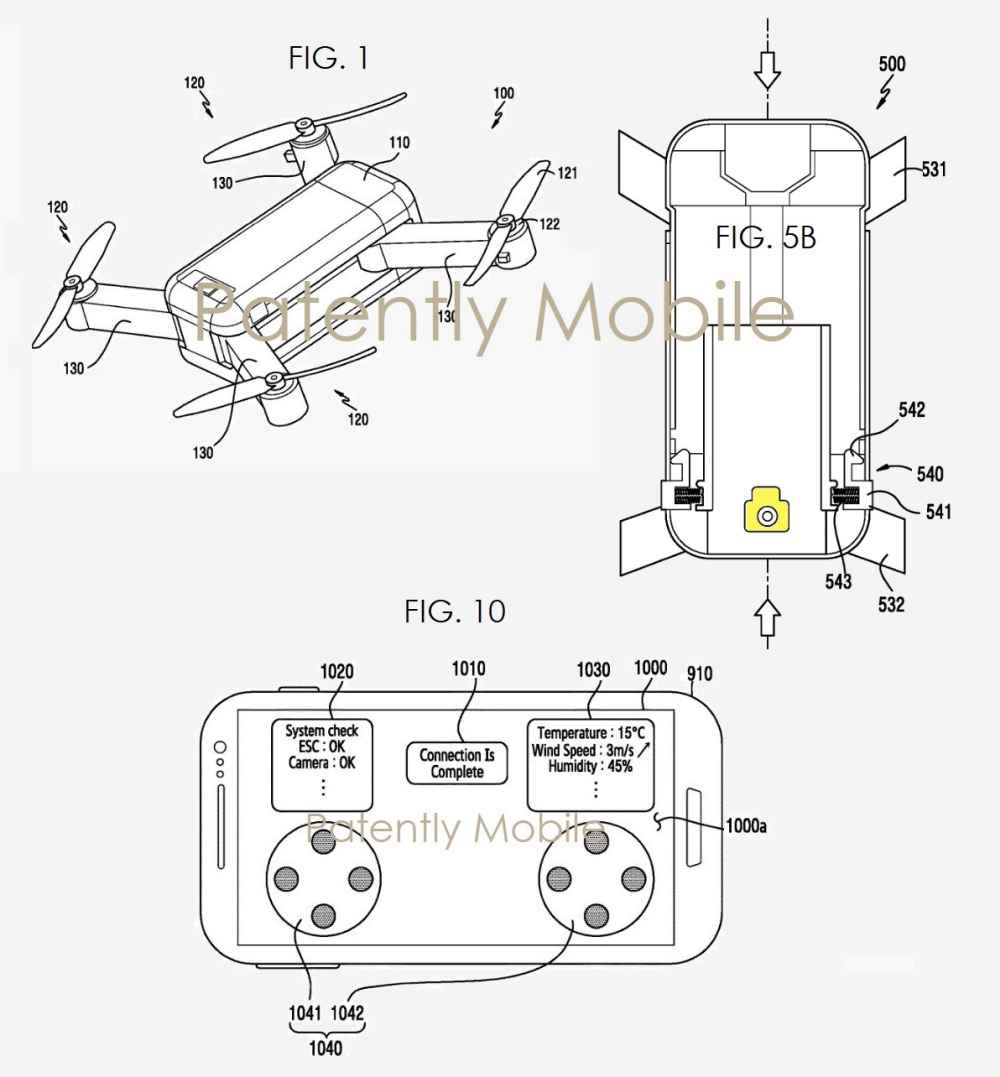